On Saturday 24th October we celebrated OXI Day. Pupils recited poems fluently and with confidence, sang Greek songs beautifully, and danced Greek traditional dances in front of a warm audience of parents and relatives. We were all very proud for their performances! Well Done everyone!

You are warmly invited to our school “OXI Day” celebration which will take place on Saturday 24th October at 10.00am at St Marylebone 6th Form Centre, 14 Blandford Street, W1U 4AZ. All pupils are requested to wear white top/shirt and blue/black trousers/skirt. Parents’ consultations with the Form teachers will follow.

You are also very welcome to attend the special service that will be held at St Sophia’s church on Sunday 1st November at 11.00am. Our school will be represented by the flag delegation and as many pupils would like to accompany the flag.

We are very pleased to be informed that an assurance from Nick Gibb, Minister for Education, has been given that Greek A Level is to be retained until at least 2018, with exams regulator, Ofqual, confirming that the qualification will be available until at least the summer of 2019. Nick Gibb has also assured that he will use the three years given to find a way to secure the long term future of Greek A Level. Earlier this year, the exam board of Edexcel decided that they would stop the A Level Modern Greek examinations from 2017. The Greek Community Schools and the Greek and Greek Cypriot community in general have strongly opposed Edexcel’s initial decision, by organising an online petition and a written petition, as well as by meeting important people and asking for help. Together, we managed to save this important qualification. Our warmest thanks to everybody who have supported our campaign to save Greek A Level and to everybody who continues to work for the good of Greek language and education. We look forward to having a permanent solution soon.

Please note on Saturday 10th October our school will not be housed at the main site of St Marylebone School but at St Marylebone 6th Form Centre, which is located approximately behind Waitrose, at 14 Blandford Street, W1U 4AZ. Classes will run as normal from 9.30-13.15 and parents will bring and pick their children up from the above address.

To mark the European Day of Languages Year 3 looked at the maps of different European countries, compared their flags, and discussed about the different languages used around Europe (either spoken or unspoken, such as sign language). At the end, they all made their own flags! 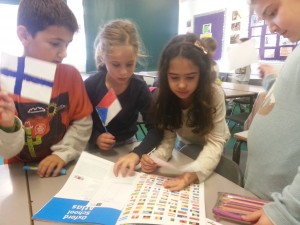 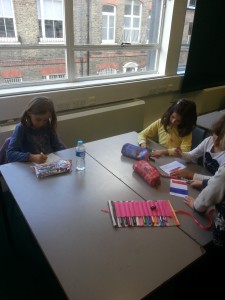 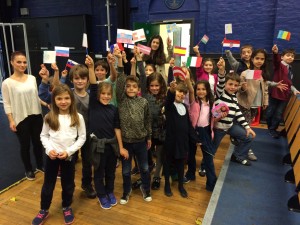 Year 2 remember the alphabet having fun!

Year 2 pupils had great fun playing board games that helped them remember the letters of the alphabet and the newly acquired vocabulary! 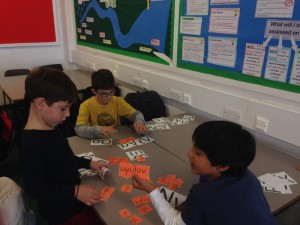 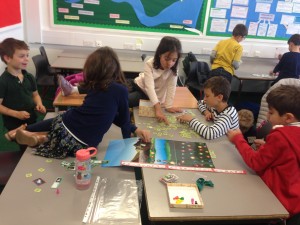 Family portraits by our Reception children

Our Reception children had great fun on Saturday talking about their families, drawing family portraits, and framing their pictures! 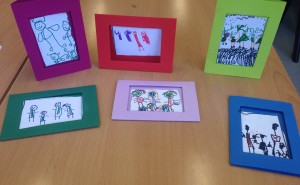 On Saturday 19th September the blessing ceremony for the 2015-16 school year took place in the school’s premises. Happy School Year to everyone! 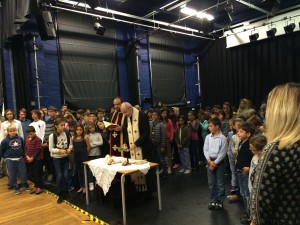 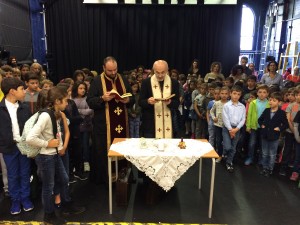 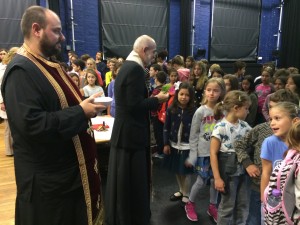 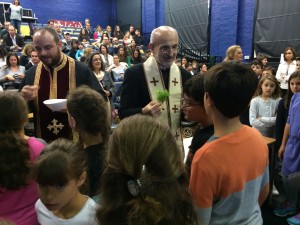 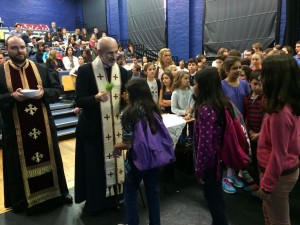 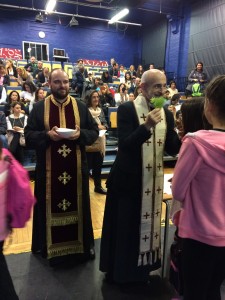 You are all welcome to the school’s blessing ceremony on Saturday 19th September at 9.30am, followed by a short introduction to the school’s rules and policies by the Headmistress Ms Alexandra Samara.

Looking forward to seeing you all!